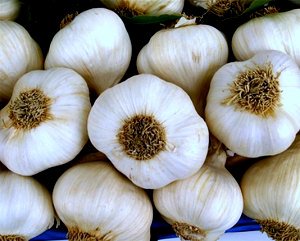 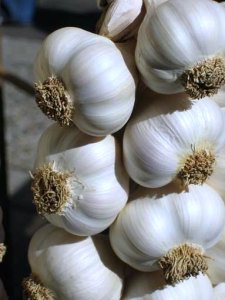 The garlic of Voghiera can be sold in three different stages of ripeness:

The production of garlic of Voghiera according to these parameters is possible thanks to the care of the farmers, who have honed more and more techniques over the years for optimum plowing the fields, for choosing the best fertilizer suitable for the growth of garlic of voghiera, for sowing, which must occur in a given period of the year to produce a garlic of Voghiera that is qualitatively superior to a common garlic, but especially for the selection of cloves of garlic of Voghiera, which is essential to get plants with always better appearance and organoleptic quality.

We invite you to visit us in Ferrara Store: you will find a welcoming environment in which you can choose with care between the various typical foods of Ferrara and where you can find the salama da sugo, the pumpkin cappellacci, the garlic of Voghiera, the pampapato, the wine of the Eliceo forest, the coppia ferrarese and the pumpkin flatbread. If you could not come and visit us in person, you can buy our products in our online shop by clicking here.